THE COST OF SILENCE 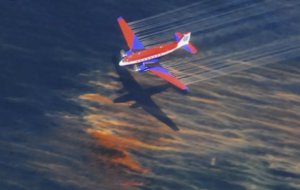 Ten years in the making, THE COST OF SILENCE follows the under reported efforts of everyday citizens literally fighting for their lives as they stand up against one of the largest corporations in the world.

This feature-length documentary film focuses on the environmental and health consequences following the 2010 BP oil spill — “the worst human-caused environmental disaster in U.S. history.”  In the film, an industry insider exposes the devastating consequences of the efforts by the government and the petroleum industry to cover up the truth about the disaster.

– Variety-   Gives urgent reasons to turn up at the ballot box.

–  Hollywood Reporter –   Those who ignore the film’s message do so at their peril.

RIVER OF GOLD shows how economic forces are destroying the Amazon rainforest.

After more than 60 years of embargo and isolation, little is known of the everyday lives of Cubans living only 90 miles away from U.S. shores.  HELLO CUBA! goes door-to-door along a quiet street in Havana to discover the essence of their lives today.

This short film celebrates the people of Garden City, a small town in overwhelmingly “red state” Kansas, where immigration and diversity are considered to be a good thing!  STRANGERS tells the story of what can happen when people put aside ideology and come together to live and work as part of a vibrant, diverse community.

After going through an exhausting breakup, Izzie’s friend challenges her to go on a different date, every day, for a week.  What ensues is both hilarity and heartbreak as she tries to define what closure really means during her “Perfect Week.”

is one of a series of short videos created to introduce people with addictions to a revolutionary approach to recovery. 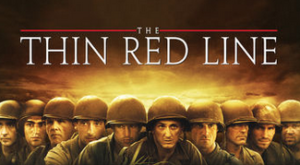 Oscar-winning director Terrence Malick’s feature film that focuses on the life, fears and emotions of a group of soldiers who fought in the conflict of Guadalcanal during the second World War.  Nominated for seven Academy Awards including Best Cinematography.  “… considered one of the best war films ever shot.”

WALK WITH ME: THE TRIALS OF JUDGE DAMON J. KEITH

He was an ordinary “colored” man from Detroit.  He became a controversial federal judge who would shape civil rights law and challenge a sitting president.  Decades later, his rulings still resonate in a nation still arguing about “which lives matter.” 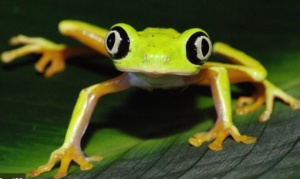 This “unnatural history” film for National Geographic explores the beautiful and mysterious world of frogs and the the unexplained decline of frog populations around the globe.  Winner, Best of Festival, Missoula International Wildlife Film Festival. Winner, National Emmy for Cinematography.

This short film celebrates Jean, an HIV patient and the 30th anniversary of the LA-based NGO that saved her life.  Project Angel Food has delivered healthy food every day, year after year to LA residences unable to fend for themselves alone.

THE GROUND TRUTH: After the Killing Ends 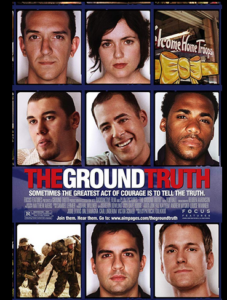 THE GROUND TRUTH depicts the deadly military conflict in Iraq with ferocious honesty — a prelude to the even more challenging battles fought by soldiers returning home to an uncomprehending public and a seemingly indifferent government.  Sundance Film Festival 2006. Oscar Short List for Best Documentary.

. . . thoughtful, sensitive, perhaps the most emotionally wrenching of all the Iraq documentaries.

WHEN THE WELL RUNS DRY

This short film focuses on the severe water crisis caused by an prolonged drought in Kansas revealing the vital connection that rural Kansans have with our most precious resource…water. Recipient, Kansas Humanities Grant.

IN PURSUIT OF THE SHROUD 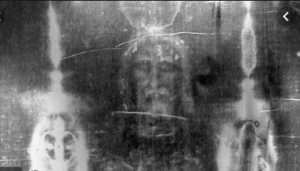 This one-hour television special employs modern scientific tools to examine an ancient cloth that bears a mysterious image of a crucified man some believe to be Jesus. Filmed in Europe, Israel and the U.S. for The Discovery Channel.

Beautifully produced … Whether you are a novice to “sindonology” or you’ve studied the cloth for years, you will appreciate this serious, unbiased and sincere examination of the current scientific evidence, presented in a very well written, well-paced and informative style. 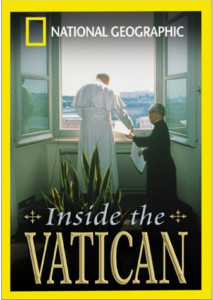 This National Geographic Special offers a unique behind-the-scenes glimpse into the world inside the oldest institution in the world: The Vatican in Rome.  The filmmakers took advantage of unprecedented access to reveal the mystery and spirit of the place as told through the people and history that animate it today. For PBS. Narrated by Martin Sheen.

HOTEL TERMINUS: THE LIFE AND TIMES OF KLAUS BARBIE

…Hotel Terminus is a stubborn, angry, nagging, sarcastic assault on good manners, and I am happy Ophuls was ill-tempered enough to make it.        Roger Ebert

Nedis Tramontin is one of the few remaining master craftsmen of gondolas. This film explores the spirit of the world’s most beautiful boat and the master who plies the art of this endangered craft in the watery world of Venice. For National Geographic. 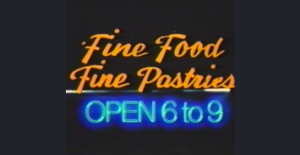 This a film-portrait of Sherrill’s, a 65-year-old restaurant on Capitol Hill in Washington, D.C. run by the same family.  Nominated for an Academy Award for Best Documentary Short. 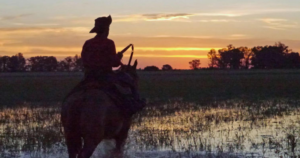 Gauchos is a National Geographic film about the life and culture of the gauchos of Argentina.  Finalist, National Emmy for Cinematography.