We All Have To Start Somewhere…

Lewis Carroll wrote:
“If you don’t know where you are going, any road will get you there.” 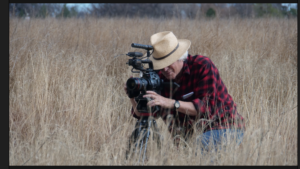 You could say that my journey began innocently and a bit naively that day in San Francisco.  The day I decided to buy that camera.

It was 1968 and the country was exploding with anti-Vietnam war protests. Buddhist monks in Vietnam were immolating themselves. Students in Paris were demonstrating in the streets.  And rock and roll was here to stay.

I had already been stumbling along for a few years looking to find my place in the world following a stint in Latin America in the Peace Corps.  But progress was slow in finding that place.  I was clear on this however: the war was deeply wrong.

I need to be careful that my pieced together memories from this time don’t become discolored by time or take on a veneer of the romantic.

There was and still is a belief embeded inside me from somewhere that getting my hands on the “right” new piece of technology just might be the universal trick to helping deliver me from confusion. To some extent this has proven over the years to be true: a new lens offers a new way to “see.”  And a new way to see is magical if you happen to be in a visual profession.

From out of somewhere came the notion that if I had a real film camera, it might help me focus – literally and figuratively – on the turmoil in the world and through it, find a calling.  I had this naive belief that I might be able to document what was going on around me and in doing so somehow discover something inside myself.

I bought the used camera from a guy who lived up a third story walk-up in the North Beach/Italian section San Francisco.  It cost me $100.

I don’t think I’ve ever been so excited about buying anything before or since. Well, except maybe for that used BMW motorcycle that I bought that time in Paris. The camera is solid metal.  Not like today’s plastic construction.  It had heft.  Someone told me that they used these cameras to make films during the Second World War and that you could drive over them with a tank and it would keep on keeping on rolling. 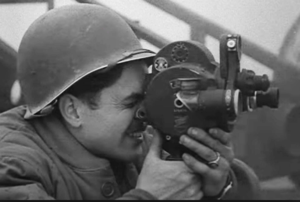 The camera had a slight hint of mildew about it and came with a well-worn reddish brown leather carrying case. I grew to love that smell. You’d wind the camera with a hand crank on the side of the camera and fold it down when you didn’t need it. You’d push a little silver start button and it would run for about 30 seconds until the spring unwound. You could even change the speed of the shutter from 8 to any speed up to 64 frames per second by rotating a simple wheel on the side.

I had an instinct about that camera. I fell in love with that camera. It fit snuggly inside its carrying case and somehow symbolized this amazing potential for making films.  It was as if buying it was a kind of entrance fee that instantly gave me access into a world of filmmaking and filmmakers.

How could I know then that it was the first small step on a long journey to come that would turn into a career and take me all over the world.  It never occurred to me that there might really be a lifetime of consequences that would ripple before me from that one purchase.  It changed the way I saw myself and it altered the direction my life would take.

When I got back home that evening, I put the camera on my dining room table and sat and stared at it.  I couldn’t wait to start.  But where?  I didn’t actually have a clue.  First things first: learn how to load film into the bloody thing!

I had amazing luck with the first little film that I made with that camera.  It was shown on the public television in San Francisco where I was working as a volunteer at the time.  The film – and I along with it – got a kind of recognition that most beginning filmmakers just don’t.  And this was, without my knowing it at the time, a very important break.

Most first time filmmakers fail to get noticed by their efforts.  They put their films up on a shelf somewhere, and often life goes on in ways that don’t involve loading film into cameras.  The aspiring filmmaker might move on to becoming a soccer coach or a dentist.  Maybe a journalist.  Because my little film was shown on television and, in theory, seen all over the Bay Area, I was greatly encouraged and couldn’t wait until my next effort.  My little camera made it happen.

From that time on, I was off and running.

Borneo: Beyond the Grave